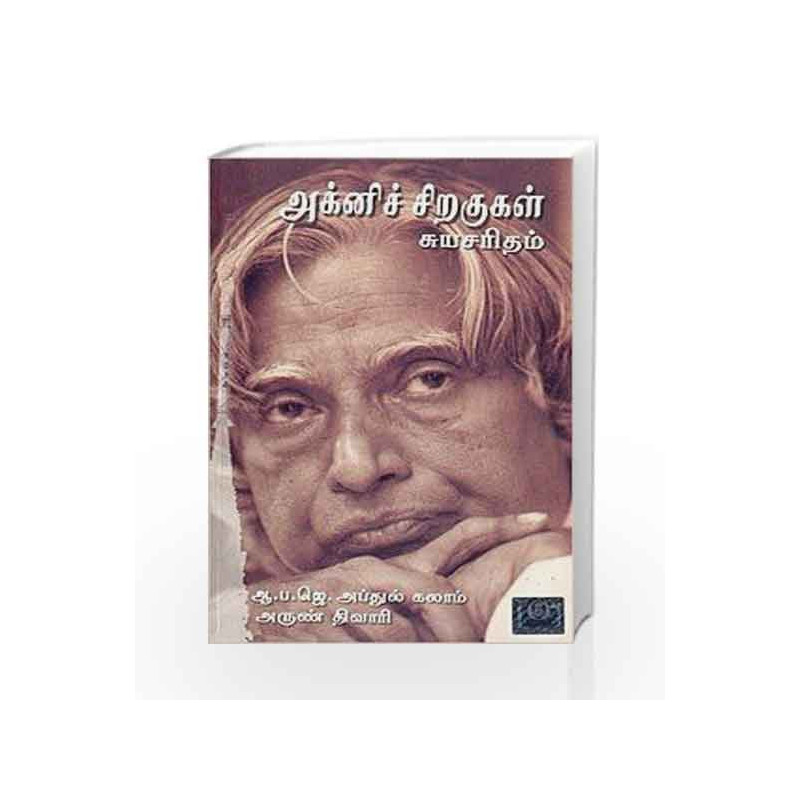 This edition is the Tamil translation of Wings of Fire, an autobiography of Dr. A. P. J. Abdul Kalam, the former President of India and one of India's most distinguished scientists. Following his journey from childhood days to the day he became scientist in the Indian Space Research Sector and eventually the 11th President of India, the book gives a detailed insight into the life of the Missile Man of India. The book has been divided into four sections, arranging events in their order of happenings of a lifetime. The first section titled Orientation narrates the first 32 years of Kalam s life from a time where he spent his childhood in Rameshwaram in a Tamil Muslim family. This section is devoted to his school days, as well as the days when he was studying Aerospace Engineering at Madras Institute of Technology. The second section called Creation, records the next 17 years from 1963 to 1980 of the rising scientists life. This part describes some very interesting incidents from the time when he was living in United States, which includes a much surprised Kalam stumbling upon a painting of Tipu Sultan battling the British forces at NASA. The incident registers his affection for his motherland even though he was living far away. Another fascinating event about which information is revealed in this section is about the successful launch of Satellite Launch Vehicle (SLV-3) and Thumba. These were the events that brought Kalam international fame and respect. The third section titled Propitiation explains about the next ten years of his eventful life journey from1981 to 1991 when Kalam working for the Indian defence industry and research institutes was instrumental in introducing some of the latest weaponry that helped to strengthen up India s defence systems. The final section, called Contemplation, throws light on his life after 1991 and when was the President of India. Kalam was awarded the Bharat Ratna Award in 1997, the highest recognition from India. Wings of Fire is a must read book for all those who want read about the inspirational life of Dr. A. P. J. Abdul Kalam. About the author: Dr APJ Abdul Kalam from 2002 to 2007 served as the 11th President of India. Greatly admired all over India, he was a scientist by profession, who played a leading role in developing the country's missile program. From humble roots in Rameswaram, Tamil Nadu, Dr Kalam in an inspirational autobiography 'The Wings of Fire' traces the rise and the mark he made in life. Agni Sirgugal has translated this autobiography into Tamil, the native language of Dr APJ Abdul Kalam.