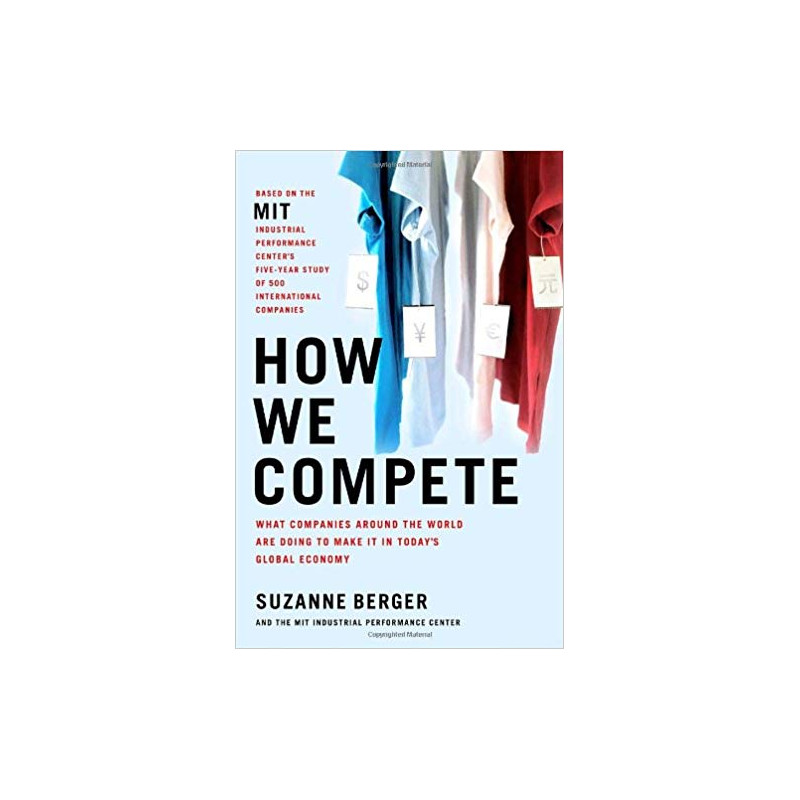 How We Compete: What Companies Around the World Are Doing to Make it in Today's Global Economy

Overview of How We Compete: What Companies Around the World Are Doing to Make it in Today's Global Economy Book

"Impressive... This is an evidence-based bottom-up account of the realities of globalisation. It is more varied, more subtle, and more substantial than many of the popular works available on the subject." -- Financial Times Based on a five-year study by the MIT Industrial Performance Center, How We Compete goes into the trenches of over 500 international companies to discover which practices are succeeding in today s global economy, which are failing and why.There is a rising fear in America that no job is safe. In industry after industry, jobs seem to be moving to low-wage countries in Asia, Central America, and Eastern Europe. Production once handled entirely in U.S. factories is now broken into pieces and farmed out to locations around the world. To discover whether our current fears about globalization are justified, Suzanne Berger and a group of MIT researchers went to the front lines, visiting workplaces and factories around the world. They conducted interviews with managers at more than 500 companies, asking questions about which parts of the manufacturing process are carried out in their own plants and which are outsourced, who their biggest competitors are, and how they plan to grow their businesses. How We Compete presents their fascinating, and often surprising, conclusions. Berger and her team examined businesses where technology changes rapidly such as electronics and software as well as more traditional sectors, like the automobile industry, clothing, and textile industries. They compared the strategies and success of high-tech companies like Intel and Sony, who manufacture their products in their own plants, and Cisco and Dell, who rely primarily on outsourcing. They looked closely at textile and clothing to uncover why some companies, including the Gap and Liz Claiborne, choose to outsource production to foreign countries, while others, such as Zara and Benetton, base most operations at home. What emerged was far more complicated than the black-and-white picture presented by promoters and opponents of globalization. Contrary to popular belief, cheap labor is not the answer, and the world is not flat, as Thomas Friedman would have it. How We Compete shows that there are many different ways to win in the global economy, and that the avenues open to American companies are much wider than we ever imagined. SUZANNE BERGER is the Raphael Dorman and Helen Starbuck Professor of Political Science at MIT and director of the MIT International Science and Technology Initiative. She was a member of the MIT Commission on Industrial Productivity, whose report Made in America analyzed weaknesses and strengths in U.S. industry in the 1980s. She lives in Boston , Massachusetts.

How We Compete: What Companies Around the World Are Doing to Make it in Today's Global Economy Published On :