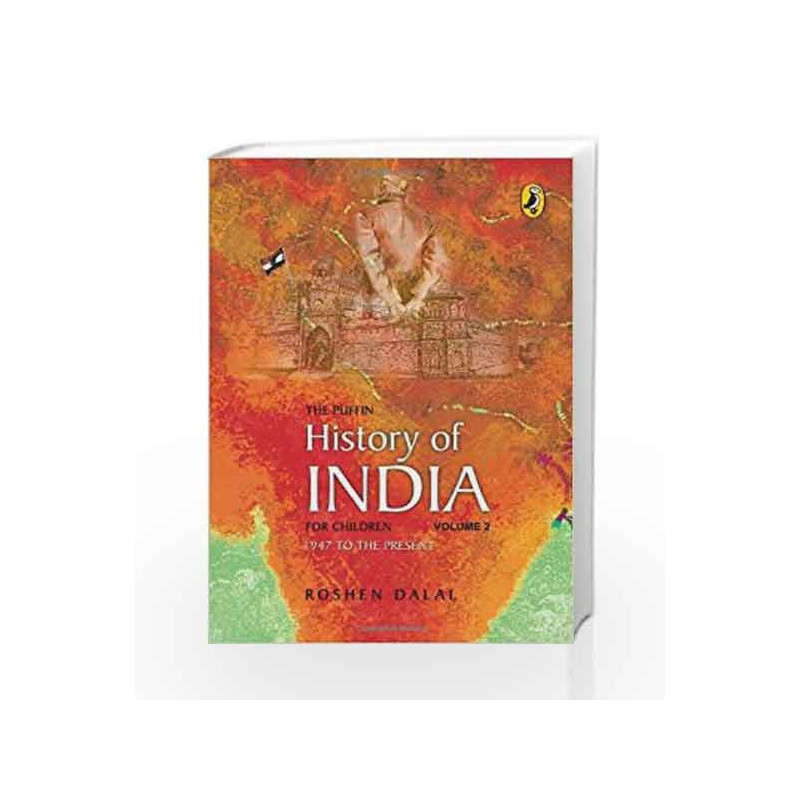 Puffin History of India for Children - 2

Overview of Puffin History of India for Children - 2 Book

The companion volume to the best-selling Puffin History of India for Children: 3000 BC AD 1947, Roshen Dalal s new history of post-Independence India tells the story of the making of the nation that we live in, and the events and personalities that have shaped it in recent times. The Puffin History of India for Children: 1947 to the Present begins at a turning point of Indian history, as India attains independence and the British withdraw from the subcontinent. Independent India s first few years are eventful and epoch-making: before the traumas of Partition and of the assassination of Mahatma Gandhi have fully subsided, the focus must shift to laying the blueprint of the new nation, with the making of the Constitution, the integration of the 565 princely states, the setting-up of the administrative, legislative and judiciary systems, and the establishment of an infrastructure for industry and agriculture. In a lucid and informal style, the book then tells the fascinating story of India over the next fifty years, beginning with the premierships of Nehru, Lal Bahadur Shastri and Indira Gandhi and proceeding to Jayaprakash Narayan and the Emergency, the ousting of the Congress party and the rule of the Janata government headed by Morarji Desai. The author describes the dramatic turnarounds of the 1980s and 90s, from Indira Gandhi s return to power to her subsequent assassination, Rajiv Gandhi s prime ministership, the governments of V.P. Singh and P.V. Narasimha Rao, and the Bharatiya Janata Party s rise to power, with Atal Bihari Vajpayee heading a National Democratic Alliance government. Along with periods of growth, the book looks closely at times of turbulence: the Indo-China War of 1962, the war with Pakistan in 1965, the 1971 Bangladesh War, and the demolition of the Babri Masjid in 1992.

Puffin History of India for Children

Children\'s & Young Adult, History, Puffin History of India for Children Books for Students, Teachers, Graudates, Professionals and all others