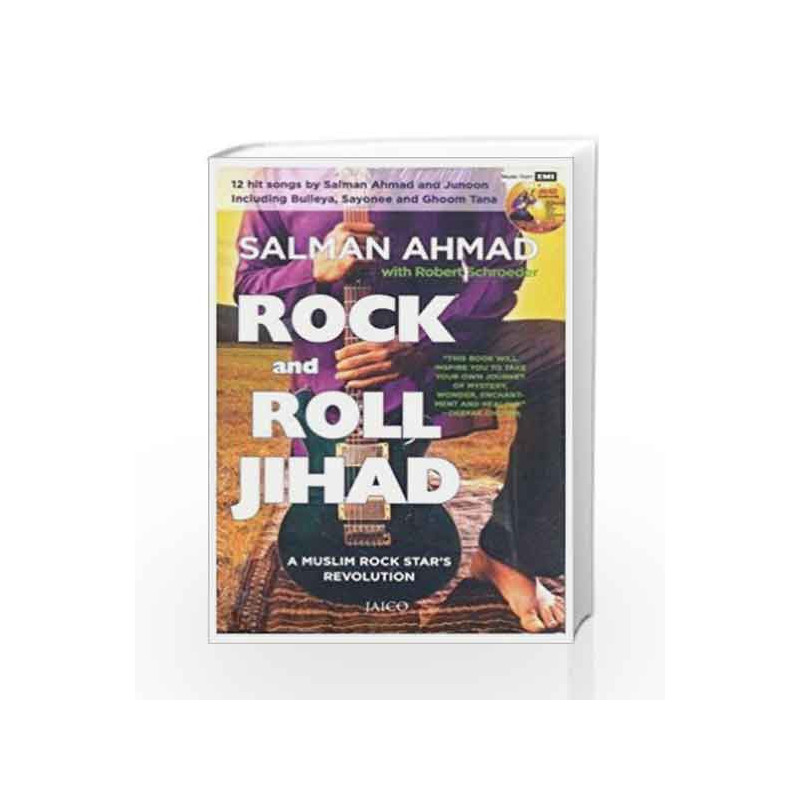 Rock and Roll Jihad (With CD)

Overview of Rock and Roll Jihad (With CD) Book

Free audio of 12 hit songs by Salman Ahmad. With 30 million record sales under his belt and with fans including Bono and Deepak Chopra, Pakistan-born Salman Ahmad, the leader of the band Junoon, is renowned for being the first rock and roll star to destroy the wall that divides the West and the Muslim world. His hits such as Bheegi Yadein, Azadi and Sayonee made rock history in India. Rock and Roll Jihad is the story of his incredible journey. Facing down angry mullahs and oppressive dictators who wanted all music to be banned from Pakistan, Salman Ahmad rocketed to the top of the music charts, bringing Western-style rock and pop to Pakistani teenagers for the first time. His band became the U2 of Asia, a sufi-rock group that broke boundaries and sold a record number of albums. As his music climbed the charts, Salman found himself the target of religious fanatics and power-mad politicians desperate to take him and his band down. Undeterred, Salman created his own underground jihad: his mission was to bring his beloved rock music to an enthusiastic new audience in South Asia and beyond. In the center of a new generation of young Pakistanis who go to mosques as well as McDonald's, whose religion gives them compassion for and not fear of the West and who see modern music as a "rainbow bridge" that links their lives to the rest of the world, nothing could stop Salman's star from rising.