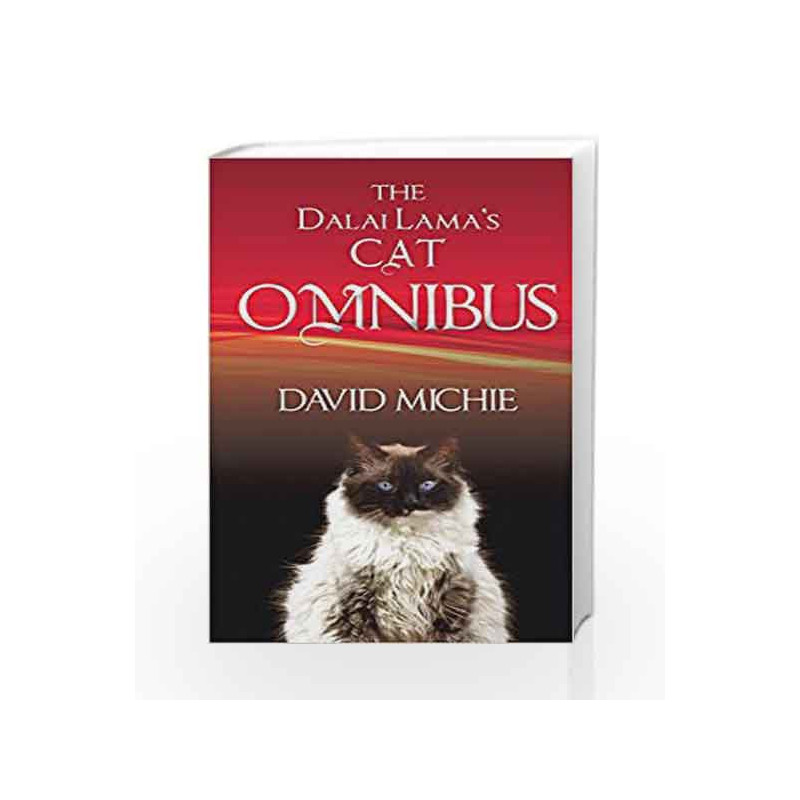 Overview of The Dalai Lama s Cat: An Omnibus Book

The Dalai Lama s Cat - A Novel: Not so much fly-on-the-wall as cat-on-the-sill, this is the warm-hearted tale of a small kitten rescued from the slums of New Delhi who finds herself in a beautiful sanctuary with sweeping views of the snow-capped Himalayas. In her exotic new home, the Dalai Lama's cat encounters Hollywood stars, Buddhist masters, Ivy-league professors, famous philanthropists, and a host of other people who come visiting His Holiness. Each encounter offers a fresh insight into finding happiness and meaning in the midst of a life of busy-ness and challenge. Drawing us into her world with her adorable but alltoo-flawed personality, the Dalai Lama's cat discovers how instead of trying to change the world, changing the way we experience the world is the key to true contentment. Featuring a delightful cast of characters, timeless Buddhist wisdom, and His Holiness's compassion pervading every chapter, The Dalai Lama's Cat is simply enchanting. The Dalai Lama s Cat & The Art of Purring- A Novel: What makes you purr? Of all the questions in the world, this is the most important. It is also the great leveler. Because no matter whether you are a playful kitten or a sedentary senior, a scrawny alley Tom or a sleek-coated uptown girl, whatever your circumstances, you just want to be happy. Not the kind of happy that comes and goes like a can of flaked tuna but an enduring happiness. The deep-down happiness that makes you purr from the heart. Sparkling with wisdom, warmth, and a touch of mischief, The Dalai Lama's Cat and the Art of Purring is a charming reminder of why HHC is becoming one of the most-loved cats around the world. So what is the true cause of purring? The Dalai Lama whispers this secret on his return-only for the ears of HHC and those with whom she has a karmic connection . . . that, dear reader, means you! The Dalai Lama s Cat & The Power of Meow - A Novel: In the latest instalment of the Dalai Lama s Cat series, His Holiness s Cat ( HHC ) is on a mission: to think less, to experience more, to live in the moment. She soon learns the proper phrase for this, being mindful, or, a concept better known to heras the power of meow. What ensues is a journey to discover her own true nature, to gain a deeper understanding of her mind, and to experience life s greatest joy, the here and now. Throughout, there are encounters with familiar inhabitants of Dharamsala, as well as a whole new cast of characters: a senior exec from one of Silicon Valley s most famous social media companies (hint: the name rhymes with litter ), the Pope s beloved dog (who shares a shockingly similar title: HHD, His Holiness s Dog), and a public health inspector who threatens to have our poor narrator banned from the Himalaya Book Caf . In this follow-up to the Dalai Lama s Cat and the Art of Purring, readers escape to the enchanting and exotic world of the Dalai Lama s monastery in the Himalayas, and take a peek inside the mind of a delightfully imperfect creature on the path to enlightenment.