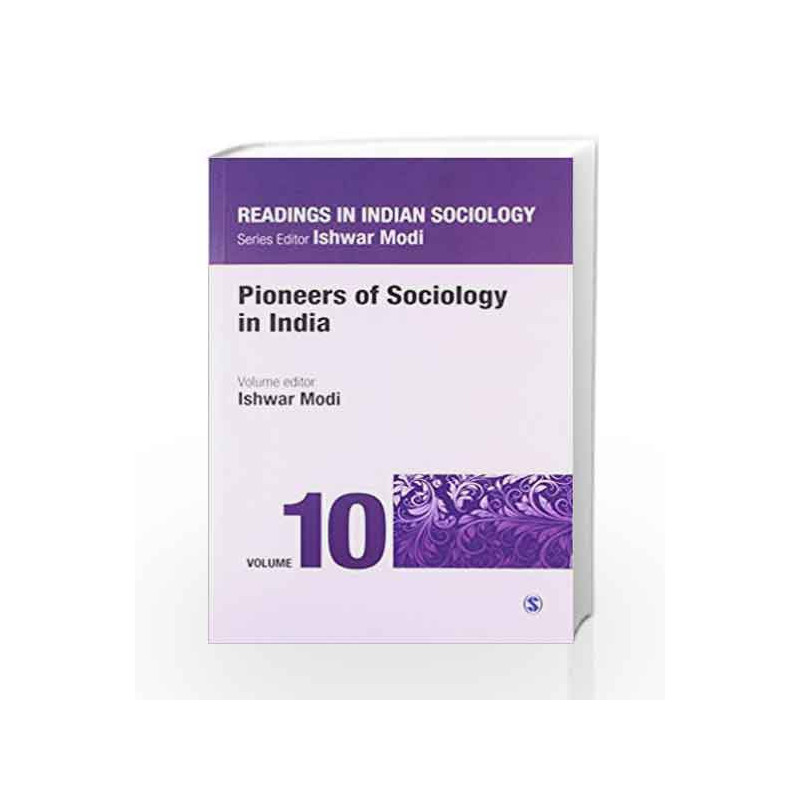 It is through the contributions of the pioneering scholars that not only a particular discipline derives its name but also the foundations on which a particular discipline is built and grows. G.S. Ghurye (1893 1983), Radhakamal Mukerjee (1889-1968), D.P. Mukerji (1894-1961) and M.N. Srinivas (1916-1999) are known as the pioneers of sociology in India. It is mainly on them and on their contributions that the contemporary sociologists in India have extensively published in the issues of the Sociological Bulletin. Volume 10, Pioneers of Sociology in India, contains a selection of papers that have been published since 1977 on these founding fathers of Sociology in India.Table of Contents:Series NoteForeword Yogendra SinghIntroduction Ishwar ModiHistorical Evolutionary Approach in the Sociology of G.S. Ghurye Swapan Kumar PramanickG.S. Ghurye on Culture and Nation-Building C. N. VenugopalThe Hindu Nationalist Sociology of G.S. Ghurye Carol UpadhyaScheduled Castes, Scheduled Tribes and the Nation: Situating G.S. Ghurye T.K. OommenRadha Kamal Mukerjee - A Note Ramkrishna MukherjeeRadhakamal Mukerjee and His Contemporaries: Founding Fathers of Sociology in India T.N. MadanRadhakamal Mukerjee and the Quest for an Indian Sociology Manish K. ThakurLucknow School of Economics and Sociology and its Relevance today, some reflections P.C. JoshiDialectic of Tradition and Modernity in the Sociology of D.P. Mukerji T.N. MadanD.P. Mukerji 1894-1961: A Centenary Tribute T.N. MadanD.P. Mukerji and the Middle Class in India Dalia ChakrabartiOn Srinivas's 'Sociology' Sujata PatelM.N. Srinivas, Max Weber and Functionalism A.M. ShahDisjunctions between Field, Method and Concept: An Appraisal of M.N. Srinivas T.K. OommenOn M.N. Srinivas and Indian Sociology: The Challenge of Understanding Indian Society: Critique, Generosity and Transformations Ananta Kumar GiriIndexAppendix of Sources