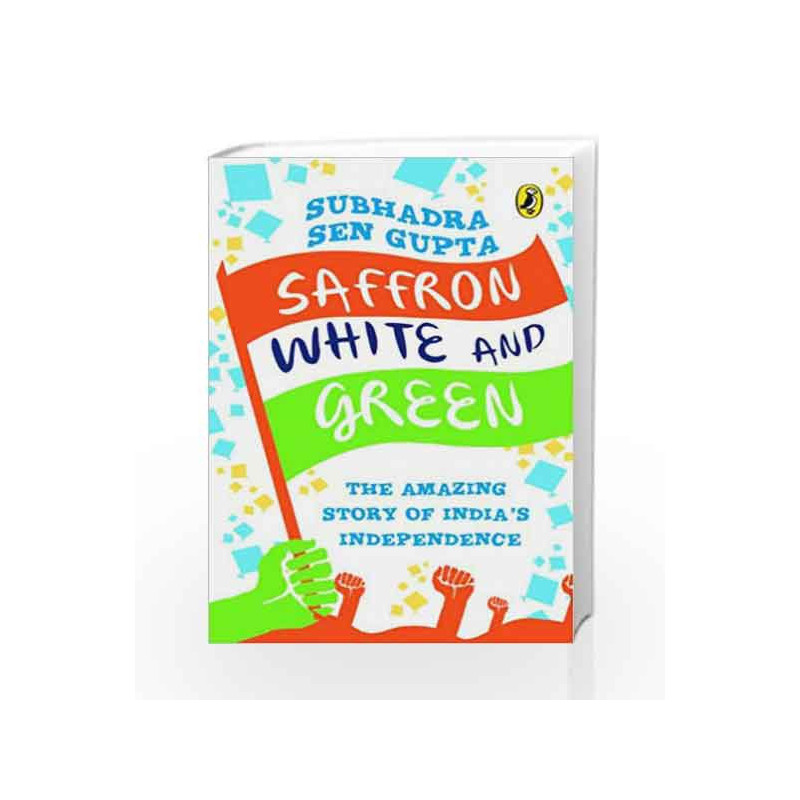 Saffron White and Green: The Amazing Story of India's Independence

Overview of Saffron White and Green: The Amazing Story of India's Independence Book

It is one of the most exciting stories in history - the glorious tale of how the powerless, unarmed people of India came together to defy the mightiest empire in the world. The British empire had tightened its noose around a country split by religion, class and caste. But when the people rallied under the tricoloured banner of freedom, it was with a power that stunned even the strongest. No one had seen such a revolution before. what was truly extraordinary was that India won her independence not through an armed uprising but by persistent, peaceful, non violent protes. Ordinary men and women stood up against the might of the Birtish Empire, valiantly facing police batons and guns. They marched singing of freedom and faced the hardships of prison, bonfires of foreign cloth lit up the Non cooperation movement. Thousands followed Mahatma Gandhi as he marched to Dandi. And a nation of millions held its breath proudly as jawaharlal Nehru spoke of its tyst with destiny. not long after, India inspired colonies across the world to stand up and demand independence. Thsi si sth estory of Ahimsa, sayagraha and Swaraj, of non - violence and the struggle for truth - all for the one thing that is most valuable to a people and to a nation : Freedom.

Children\'s & Young Adult, History Books for Students, Teachers, Graudates, Professionals and all others