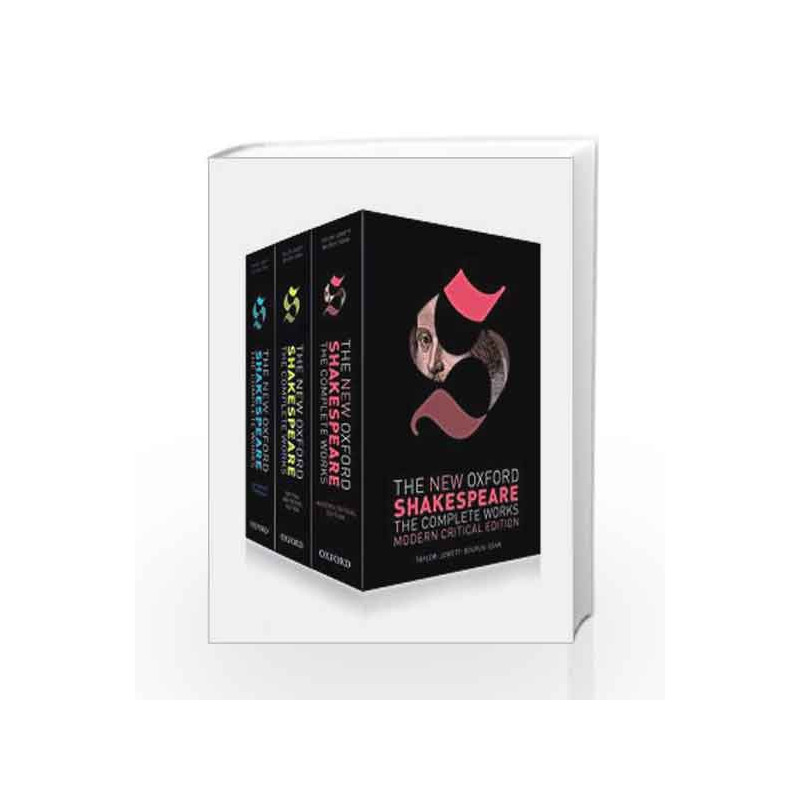 The New Oxford Shakespeare consists of four interconnected publications: the Modern Critical Edition (with modern spelling), the Critical Reference Edition (with original spelling), a companion volume on Authorship, and an online version integrating all of this material on OUP's high-powered scholarly editions platform. Together, they provide the perfect resource for the future of Shakespeare studies. This set comprises all of the print volumes that make up The New Oxford Shakespeare. The Modern Critical Edition gives today's students and playgoers the very best resources they need to understand and enjoy all Shakespeare's works. The authoritative text is accompanied by extensive explanatory and performance notes, and innovative introductory materials which lead the reader into exploring questions about interpretation, textual variants, literary criticism, and performance, for themselves. This volume presents the plays and poetry in the order in which Shakespeare wrote them, so that readers can follow the development of his imagination, his engagement with a rapidly evolving culture and theatre, and his relationship to his literary contemporaries. The Critical Reference Edition collects the same versions of the same works found in the Modern Critical Edition, keyed to the same line-numbering. But the Critical Reference Edition emphasizes book history and the documentary origins of each text. It preserves the spelling, punctuation, capitalization, abbreviations, typographical contrasts, ambiguities, and inconsistencies of the early documents. Introductions focus on early modern manuscript and print culture, setting each text within the material circumstances of its production, transmission, and early reception. The works are arranged in the chronological order of the surviving texts: the first volume covers documents manufactured in Shakespeare's lifetime, and the second covers documents made between 1622 and 1728. The Authorship Companion accompanies the Modern Critical Edition and the Critical Reference Edition, and concentrates on the issues of canon and chronology currently the most active and controversial debates in the field of Shakespeare editing. It presents in full the evidence behind the choices made in The Complete Works about which works Shakespeare wrote, in whole or part. A major new contribution to attribution studies, the Authorship Companion illuminates the work and methodology underpinning the groundbreaking New Oxford Shakespeare, and casts new light on the professional working practice, and creative endeavours, of Shakespeare and his contemporaries.